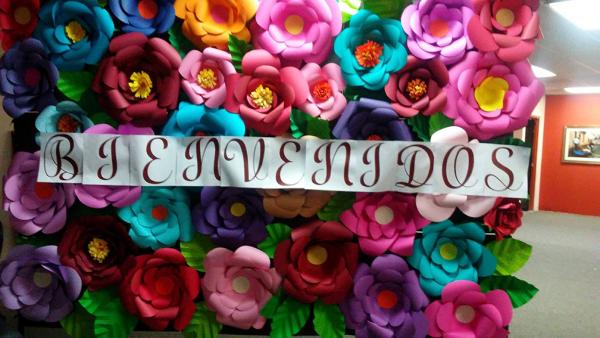 Womyn: Mothers of the Struggle

It was the beginning of December and a group of mothers sat in front of a room decorated with womyn-made art, while Son Jarocho music by a Chicana-led group played in the center of the room. It was a beautiful night, to see eight beautiful womyn willing to share their stories of struggle with those of us who were in attendance. As the music came to an end, the mothers became the center of the event and began to share their testimonios of their participation in the struggles for public education that had long shaped the history of the communities of Pilsen and Little Village in Chicago.

The mothers: Susana, Josefina, Angelica, Araceli, Guadalupe, Andrea, Doña Manuelita and Lisa, were there to speak on how their 19-day hunger strike forced the Chicago Public Schools to build the Little Village Social Justice High School (SOJO), organizing that took place in order to build Juárez Community Academy High School, and the fight, including a 43-day sit-one to preserve the Whittier Fieldhouse which was known to the mothers and supporters as La Casita. The struggles led by the mothers, spanned different decades, Juárez in the 1990’s, SOJO in the late 1990’s to early 2000’s, and La Casita which began in 2003 and lasted until the mid 2010’s. Yet in their testimonios that night their voices resounded with the depth of their personal experiences and the ways in which their participation in these struggles changed their lives forever. Many of their stories centered around the power of women and our abilities to change the world around us, beginning with our families and our communities. Their strength was grounding and reminded me of how important it is to continue to do the work of defending our children’s rights to an education with dignity and justice. The mothers shared both the deep pride and love for the fights that they waged as well as reflected on the lack of recognition and appreciation for the general work that womyn do in the world of resistance movements that goes mostly unrecognized.

The lack of documentation of female grassroots leadership was apparent to me since despite the fact that I have spent years participating in the fights for public education in Chicago, doing the preliminary research for this event was both eye-opening and heart-breaking. Other than a few articles and videos that documented these struggles, the history of these fights, particularly from the perspective of the womyn involved in them was missing. Although documentation of these struggles exists, it is largely limited to work done by journalists, academics, third party accounts, and/or men writers.

As the mothers spoke, one thing became crystal clear: they called for the existence of womyn-led spaces that privilege the work of our Mexican and Latina mothers and social-justice fighters. They spoke about the need for spaces where dialogue and learning about collective experiences and reflections can be shared, spaces where the history made by womyn in our communities is taken seriously. This was echoed by one of the womyn attendees who stated “if this had been an event where they were showcasing male activists and politicians, this place would have been full.” The mothers’ analysis and their lived experience are a source of much needed knowledge about the historical struggles in our communities. The womyn’s work for justice is the history of our people.

As I listened to them the true question that arouse for me was, do we really value the political and social justice labor of the womyn in our community? Or do we just pay lip service to the work of womyn by “allowing” them to come into spaces and share their stories for our benefit? If we are to learn about the work of womyn, we must create spaces led by those at the frontlines of our struggles.

The lessons that night ran deep and led me to wonder how and in what ways their participation had awakened in them a political consciousness about the larger systemic conditions that their struggle represented. What I came to understand from their testimonios was that their political consciousness was cemented once they learned about the issues of inequity affecting their children, and that their work for justice continued for them beyond their public struggles.

At the end, we were left with the stark reality of the power of the school system and elected officials to impose their will upon the parents and community, and the history of neglect and criminal disinvestment in the education of the Latinx community. Their stories helped us to recognize that much of the gains in education in the city has been due to the backbreaking labor of womyn of color and that despite their sacrifices, they are not the ones reaping the benefits of their work.

The work of the womyn from Pilsen and Little Village, reminds us of the possibilities present in contesting policies and actions by state actors that trample on the rights and dignity of those of us who are considered the oppressed, the poor, the disposable. It also serves as a reminder of the power of our culture, our love for our children, our community, our dignity, our courage, and our truth. This night was   a documentation of the power of solidarity amongst womyn. This was an opportunity for us to listen to our local history in the making being told by the womyn who are the history makers.

Laura J. Ramírez is a Mexican womyn, a mother of 2 Chicago public school students, a transnational human rights activist and a professor of Education with an emphasis on Latina/o and Chicana/o Studies, social movements, and Women and Gender studies. She holds a doctorate in Educational Policy Studies from the University of Illinois at Chicago. Her work is grounded on the belief that womyn of color are at the vanguard of changing the world through their struggles against injustices in their myriad of forms and by waking up to the violence that colonization and capitalism has inflicted on them, their families, and communities. She is dedicated to unearthing notions of love that have kept womyn enslaved to patterns and cycles that no longer serve them and she intends on creating spaces to work through them as to create new opportunities to dismantle the chains of colonized love.