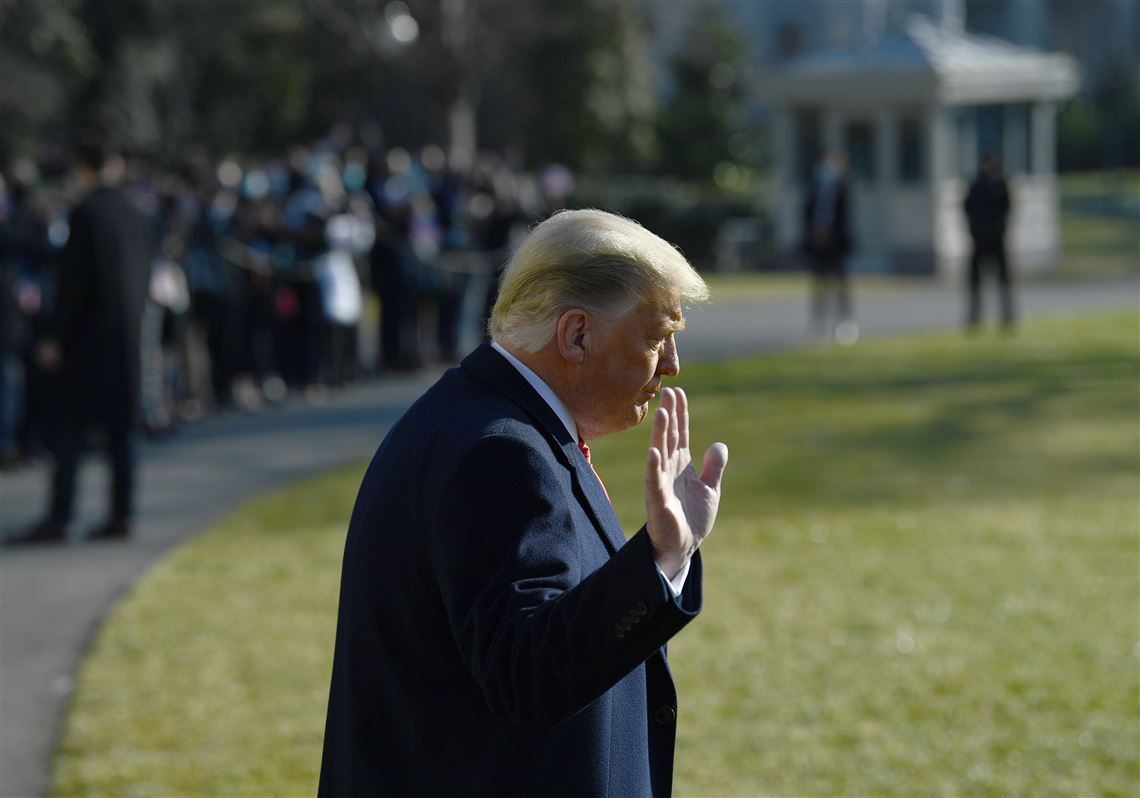 In his first public speech after being declared the winner of the November 3 presidential elections, Joe Biden reminded the country that he had received the most votes in American history. Unlike the Trump presidency, he promised to be the “President for all Americans,” a peace gesture to millions of hostile Republican voters. After four years of ugly divisions that President Trump fueled, Biden assured the public that he will “heal” the wounds of the nation and bring back “decency” and “fairness” to civic life. The narrative that Biden and liberal commentators are articulating places the Trump presidency as an accident of history, the product of an antiquated electoral college system. It also warns us of what can go wrong when an irresponsible and outspoken racist, xenophobic, and misogynist demagogue becomes president and uses the office of the presidency to feed his supporter a daily dose of hate and lies. According to this narrative, the “people” elected Biden so that he could end the Trump nightmare.

What is the legacy of Trump? When all is said and done, Trump will be remembered as the president who did the most to deepen the division in the country, perhaps beyond repair. For the 51.4% of the national electorate (81.2 million) who voted for Biden, Trump will go down as the worst president in American history, a national nightmare. For 46.9% of the electorate who voted for Trump (74.2 million), he was a great president, maybe the greatest in American history. Loved and hated, Trump left no room for neutrality.

The Trump presidency will be remembered less for the continuities from the previous administrations. He was first and foremost a neoliberal president just like all presidents since Ronald Reagan. His neoliberal legacy included slashing taxes for the wealthy and corporations and lifting environmental and labor regulations. In this sense, his policies contributed to the widening inequality that has been going on since the age of Reagan. The billionaire president served his class well: the wealth of the 200 wealthiest billionaires increased by a walloping 1 trillion dollars during the Trump administration. Many in the Hamptons, Jackson Hole, Martha’s Vineyards, and the Florida Keys are “silent Trumpists.”

Along these lines, the Trump presidency was typical of Republican presidencies, like Bush, father and son. For example, he appointed three judges to the Supreme Court (two of them conservative Catholics). This basically ensures that the Supreme Court will be in the hands of the right for the years to come. Another of his legacies is that he rejuvenated the Republican Party. In the 2016 election, he turned “red” five large states that Obama had previously won. In doing so, he brought to the Republican Party millions of formerly Democratic voters that Hillary Clinton and media commentators brushed off as white, working-class, rural, and “poorly educated.” Trump received 7 million more votes in 2020 than in 2016. The rejuvenation of the Republican Party came at a cost, however. To the horror of the Bush family, Mitch Romney, John McCain, and others from the old guard, the Republican Party became the Trump Party.

Goethe wrote more than two centuries ago, “there is nothing more frightful than ignorance in action.” January 6 will be remembered as the day when “ignorance in action” was televised. On that unforgettable day, Trump encouraged thousands of his supporters to storm the Capitol building in his last effort to retain the presidency. The images of the Trumpistas “insurrectionists” rudely occupying the Capitol building frightened polite society, including Republican luminaries who denounced Trump. They ended their four-year courtship with Trump (they want to use this event to rescue the Republican Party from the Trumpistas). For inspiring the “insurrection,” Trump has been censored by the same social media outlets that had served him in spreading his conspiracy theories, political lies, and rhetoric of hate. Many hope that the Trumpistas will go away with the silencing of Trump.

The Trump Party is a mass movement that is not going away, at least not in the immediate future. It includes large sectors of the working and middle class: policemen, military veterans, small and medium business owners, farmers, professionals of different sorts, skilled, semi-skilled, unskilled workers, and so on. It has incorporated hundreds of ideological groups, many from the extreme radical right: patriots, nationalists, white supremacists, neo-Nazis, religious fundamentalists. In the absence of a relevant left in the country, the Trump Party appeals to millions of insecure people who have been losing economic ground due to globalization, including deindustrialization. In their grievances, they are frustrated over the lowering of wages, poorly paid and unfulfilling employment, the high cost of college education, high unemployment, high cost of health insurance, home foreclosures.

For them, the “American Dream” has been taken away from them. They saw themselves as being in a long tunnel with no light in sight. Then came Trump. They see Trump as their leader, the one who understands them and speaks on their behalf. God sent him to deliver them from the evil of the “elites” and “deep state,” the “shadow government” running the world and the country. The “deep state,” among other aims, wants to replace them, the white Americans, with a diverse population of all colors, including Mexicans who are crossing the border by the millions. Trump is their liberator, the one who is going to free the country from the “elites” and the “deep state.”

In the last couple of decades, especially in the last four years, millions have been radicalized by a range of information sources, from Fox News to QAnon, and President Trump. More than 20 years ago, Umberto Eco, the Italian public intellectual and scholar, wrote an insightful essay, “Ur-fascism.” Trumpism meets all 14 characteristics of Ur-fascism that Eco pointed out, from xenophobia, the cult of heroism, love of violence, and authoritarian figures, to hatred for the elite. Stated another way and using Eco as a guide, Trumpism is American fascism.

The most frightening aspect of Trumpism is the impossibility of having a civil and informed discussion with his followers. The battle of ideas does not work with them. Their information comes from the conspiracy theories that are spread in the “dark web” and from the lies of Trump. Taking into account that Trump received 74 million votes, a recent survey revealed that 64% of the Republican electorate truly believe that Trump won the 2020 election. (They also believe that COVID-19 is a hoax.) Millions believe that the “elites” stole the election from Trump to prevent him from liberating the country. This is why thousands stormed the Capitol building on January 6. Quoting Goethe again, it was “ignorance in action.” Along this line, Martin Luther King said, “nothing in the world is more dangerous than sincere ignorance and conscientious stupidity.” He did not say this in a vacuum. He had witnessed hatred firsthand in the South and in Chicago where he marched to end housing segregation in 1966. After being pelted with rocks by a mob of thousands in Marquette Park, King said,” I have never seen—even in Mississippi and Alabama—mobs as hostile and hate-filled as I’ve seen here in Chicago.” Trumpism is rooted in this type of racial hatred and is found throughout the country, in rural areas, exurbs, suburbs, and cities.

On June 15, 2015, Donald Trump announced his candidacy for the presidency in New York City, declaring that Mexico was not sending “good people” but drug dealers, criminals, and rapists. The “build the wall” chants became the high point of his rallies. On January 12, 2021, he delivered his farewell presidential address at Alamo, Texas. From the U.S.-Mexican boundary at the Rio Grande, he highlighted the 400-miles of the border wall that had been built as one of his main accomplishments. That was food for his hungry supporters. Selecting Alamo for his last speech was symbolic in two ways. First, it served as a reference point to the more famous Alamo in San Antonio, the site where, according to historical myth, a few brave white patriots sacrificed their lives in their quest to be free from the despotic rule of Mexicans. Trump intended to connect the Trumpistas who stormed the Capitol building with the patriots of the Alamo. Second, he was letting his followers know that he is not politically done, that the Trump Party is their party in the war to liberate their nation and make America great again.

Trumpism, as American fascism, has been brewing for many decades and is not going away under Biden. The challenge of our times is how to eradicate it, a very difficult task given the political state of today. W.B. Yeats, the Irish poet, captures the current political conditions in his highly cited poem, “The Second Coming”:

the best lack all convictions,

while the worst are full of passionate intensity.