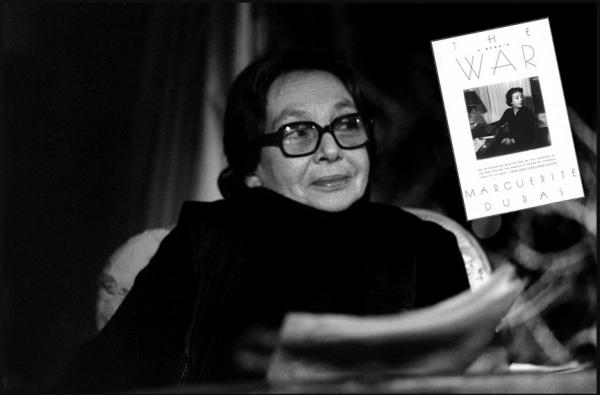 Marguerite Duras, The War, is a memoir about what war is not. It is not heroic. Not valiant. Not triumphant. The end of war is not a relief, not a reprieve. Not a reckoning.

The deepest tragedy of World War II, Duras writes at one point, is the death of the Europe that survived the war. The Europe of the great composers. The Europe of deep culture, philosophy, invention. Literature. Exploits, of conquerors, of colonies, of enslavement. A Europe that destroys itself and continues. She hates Nazis. She fears Nazis. She pities Nazis. Anyone can be a Nazi. Anyone can not be a Nazi.

The War is about the end of that war. An ending that continues indefinitely as humans continue warring, continue to bomb, to invent new ways to kill, to drone, to profit, to torture, to imprison, to exploit, to starve, to survive, to pretend we are okay and can laugh and drink beer, jest, dance, chest thump our own moral goodness.

Our wars are good wars we deceive ourselves into believing. Even today, people believe this to be so. Religious folk are convinced it is. The hyper-educated rationalize it as necessary, or part of the human condition. The self-obsessed, disassociate themselves from it. In a group mentality we continue to condone war. Duras’ book reawakens our collective dissonance in her recollections, which she admits she doesn’t remember writing.

Duras was a member of the French resistance awaiting her husband’s uncertain return from a concentration camp. He returns mostly dead, emaciated, shitting a putrid, rancid feces that he slowly accomplishes on a near starvation diet so as not to shock his system. She and her new lover nurse him.

She is a spy having lunch dates with her husband’s captor. Ready to be dead or to kill, there is no difference.

She is an interrogator of a traitor after the Germans evacuate. She wants to release him after she tortures him for useless information.

She sees the world from the eyes of a Jewish child left behind by her mother who was taken prisoner. A girl who knows nothing but war, who has memorized the routes of the war planes overhead, the distance of the bombs.

She remarks about the proud collaborator who sacrifices his own life to feel the power of a Nazi gun. The one with an endless amount of lovers. In awe of his ignorance, obedience, and viral dreams of womanizing and card playing till his execution.

She walks amidst the chaos of Spanish, French, German, American soldiers, returning from the war to fight over cheese while an execution takes place in the courtyard.

I see The War in its book form and yearn to know how it would be filmed by Pasolini, Godard, Bergman, Von Trotta.