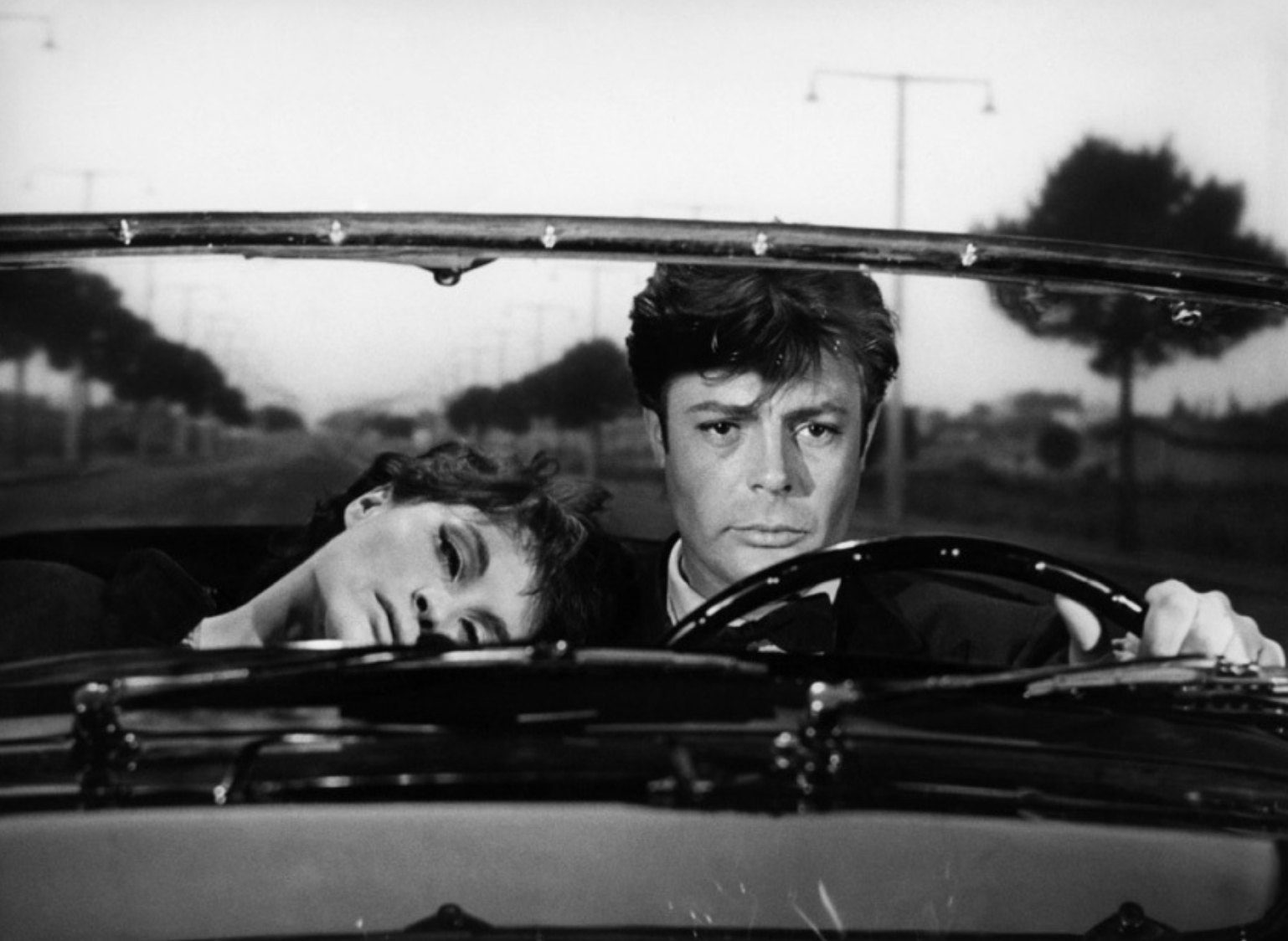 Plunging into the world of 8 ½, we encounter Guido, played by Marcello Mastroianni, a famous director on the verge of making his eighth film. Guido feels stifled creatively, and his relations with his wife and lover are overwhelming him. So, he retreats into his memories and the sounds of a memorable play on words that encompasses the remote dreams of his childhood: “Asa Nisi Masa.” It is a nonsense phrase a childhood friend told him could make the eyes on a painting move. As the film progresses, Guido’s search for solace comes to serve as a reflection of our own exploration into that which eludes us, that which escapes us or that which we call happiness.

In portraying the life of Guido, Fellini depicts the sense of emptiness we humans face, as well as how natural it is for us to love another. Reliving episodes of Guido’s life with him, we are struck by the honesty of the sentiments portrayed and we identify with Guido’s fervent wish to experience pleasure. Through Guido’s story, we also recognize that longing is a feeling common to everyone.

I saw this film for the first time sometime in the 90s. This was my first encounter with Fellini. What struck and captivated me immediately was the sheer honesty with which his characters transmit emotion. I recently returned to 8 ½ because I wished to see how and why this movie captured my interest, marking me from the first time I saw it. I wanted to view anew not just the beautiful images, but also to immerse myself in everything 8 ½ reveals about life and the elusive why of our existence. Re-watching the film three decades later, I understand that to want to be happy is as common in a successful film director as it is in any other person, such as me or my neighbor.

In 8 ½, Guido is surrounded by his beautiful lover, his wife and the actresses who go around portraying others and revealing themselves, including Claudia, the woman he thinks will be his salvation, the one he imagines he could be happy with. As intelligent and creative as Guido is, he cannot or does not want to understand that every relation brings a dose of satisfaction, but that it’s usually temporary. Inevitably, reality hits, waking us up and showing us that, in most cases, the sense of contentment does not last. Experiences such as these leave us understanding that life and pleasure are as ephemeral as dreams and at the end of the daydream, the only thing to do is wake up. Asa Nisi Masa. The union between two people that love each other ends after one wakes up from the dream that had united them in pleasure.

8 ½ depicts the emotional and intellectual journey of Guido and, by extension, of all of us. Guido’s odyssey helps us understand that to want to love and be happy is not rare.

It is as common as thinking profoundly and sensing that existence requires that we contemplate what it means to be content not only in the context of a couple, but as individuals. Observing Guido and his relationships and we see ourselves and ours.

The way in which I differ from Guido is in thinking that I am going to find someone like Claudia that will bring me happiness. I am not waiting for love to make me whole. I am already whole.

The English translation was edited by Dan Hanrahan