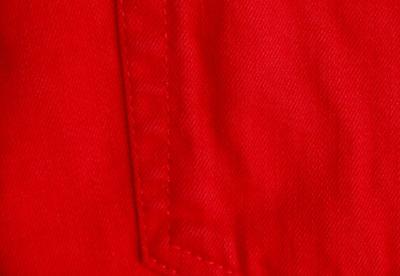 A passionate form of expression is evidence of the human soul. Art in all its forms allows us to gaze into that dimension in which the soul exists in all its universal divinity. Perhaps art is the most significant differentiator between man and the rest of the world’s species; it allows us to communicate powerful emotions to one another, extinguishing cultural barriers, giving humanity the opportunity to breathe collectively. This sensibility is on display at the Lyric Opera in the form of Madama Butterfly, Giacomo Puccini’s tragic operatic masterpiece.

The tale of a jilted lover, and a hopeless romance in which young Cio-Cio San (Madama Butterfly) agrees to marry an American Naval officer, Lieutenant B.F. Pinkerton. After a brief stay, Pinkerton abandons his Japanese bride and remarries an American woman, while Butterfly waits anxiously for her husband’s return to their Japanese love nest. One day, she receives a visit from the consul Sharpless who is there to deliver a letter from Pinkerton, in which he tells Butterfly to forget about their marriage. Butterfly’s despair turns into hope as she spots a ship with an American flag arriving far in the distance. Misery turns into elation as she prepares for the glorious reunion. Aided by her maid Suzuki, she’s completely oblivious to her new reality. Butterfly waits at the top of a hill for Pinkerton as she sees his ship approaching but Pinkerton does not come. Suzuki and Sorrow, Pinkerton’s young son, fall asleep as the evening turns into night, and night turns into the next morning. Butterfly remains awake, patiently waiting for Pinkerton who does not know that he has fathered a son with her. Tragedies befall Butterfly as the dramatic sequence of events unfold before her innocent eyes.

Patricia Racette’s interpretation of Butterfly dazzles the audience with her breathtaking soprano voice, which ascends above the stage in beams of sadness that awaken the spirit. Racette’s passionate dedication to the role is astounding. Her singing widens your eyes and is more than enough to compel one to tear up at the end of each word sung. Racette’s performance of un bel di, vedremo (one good day, we will see) in the second act inspired a thunderous clapping from the audience, as she struck that ever so important emotional chord which was Puccini’s obvious intent.

Italian tenor Stefano Secco was equally brilliant in his portrayal of B.F. Pinkerton. His powerful voice and exceptional acting gave Pinkerton a likeable quality even early on, as he reveals his true intention with Butterfly to the consul Sharpless. Pinkerton and Sharpless, played by British baritone Christopher Purves, are both marvelous side by side in their duets. Both voices escalating and complementing each other, but at the same time competing with one another, like two mountains racing toward the nearest star.

The entire cast succeeds in making this production of Madama Butterfly a truly remarkable accomplishment. They deservedly received a roaring standing ovation from the audience almost immediately after the curtain closed. The minimalistic set works effectively and does not divert attention from the performers. The orchestra, led by conductor Marco Armiliato, was flawless as always. Giacomo Puccini would have been proud.

Madama Butterfly, on stage at the Lyric Opera through January 26. Tickets and more info.