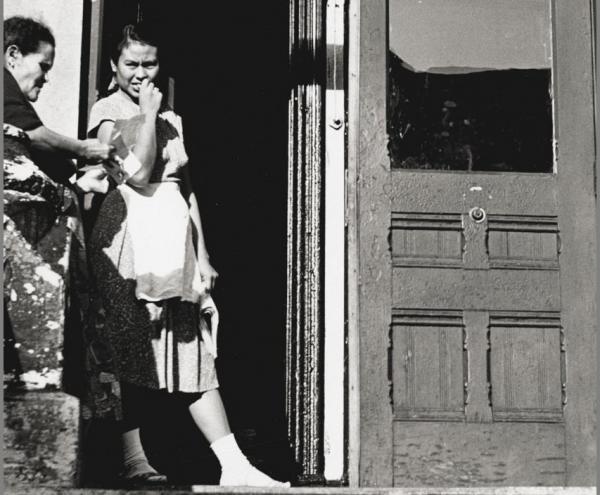 Brown in the Windy City

In the introduction to Making the Second Ghetto, Arnold Hirsch states, “[Primary] attention is devoted to whites. That is where the power was. This is not to say that black have simply ‘reacted’ to the actions of other and do not ‘act’ in their own behalf. But what we are looking at here is the construction of the ballpark within which the urban game is played. And there is no question that the architects, in this instance, were whites.”[1] While scholars have countered these types of arguments that emphasize the external forces that shaped the black urban landscape, rather than their agency, resistance, or communities, there is another aspect of this quote that is equally problematic. Despite the ethno-racial complexities of post-war Chicago, Hirsch’s racial system incorrectly indicates that a black-white binary existed. Lilia Fernandez’s Brown in the Windy City challenges this assessment by introducing Latinos/as into this racial landscape. Infused throughout this work is Fernandez’s central argument that Latinos/as occupied a fluid and flexible racial positioning, one that was neither white nor black.

Fernandez’s Brown in the Windy City puts forth several compelling arguments. As Latinas/os collectively complicated the black-white understanding of Chicago’s urban landscape, Fernandez contends that the parallel experiences of Mexicans and Puerto Ricans must be historicized together. Moreover, by situating Latinas/os in the Midwest, this work complicates the bicoastal association of Mexicans residing in the Southwest and Puerto Ricans on the East Coast. Throughout Brown in the Windy City, processes of racialization, urbanization, and social activism occupy a central thematic position. Chapter 1 contextualizes the state sanctioned labor migration programs, the Bracero Program and Operation Bootstrap, which brought Mexicans and Puerto Ricans, respectively, to Chicago. Chapter 2 traces the initial settlement and racial positioning of Mexicans and Puerto Ricans in the Near West Side community. From the construction of highways, the University of Illinois Circle Campus, and public housing, Chapter 3 examines the urban renewal efforts that displaced Latinas/os from the Near West Side. Following their displacement, many Puerto Ricans migrated to the Near North Side. Chapter 4 explores their experiences with public housing, inter-ethnic and inter-racial relations, and tension with the police.

Diverging from the beginning chapters that primarily focused on the (im)migration, settlement, and displacement of Mexicans and Puerto Ricans in Chicago, the remainder of Fernandez’s Brown in the Windy City is primarily focused on the activism and communities that emerge from the rubble of the urban renewal projects. Chapter 5 explores the Young Lords’ transformation from a street gang to a politicized organization during the late-1960s. In this chapter Fernandez offers a gendered analysis of the organization, as well as a detailed assessment of the programs they implemented. Chapter 6 follows the displaced Mexican (im)migrants from the Near West Side to Pilsen. This chapter explores the ethnic-transition from a predominantly European neighborhood to a Mexican one and the formative influence of the cultural nationalist Chicano Movement on the formation of this community. Chapter 7 remains in Pilsen and focuses on the organization Mujeres Latinas en Acción. While a gendered analysis of Latinas/os in Chicago is interwoven into much of the book, this chapter is dedicated to the activism of the Mujeres Latinas en Acción. While Fernandez ends her work before the mayoral election of Harold Washington, the activism of Mexicans and Puerto Ricans in the 1960s and 1970s laid the foundation for the Latina/o political base that propelled the Washington campaign to victory.

Fernandez’s Brown in the Windy City utilizes a variety of source bases as the evidence for the work’s arguments. This monograph benefits from an impressive balance of mainstream and community sources. Newspapers such as the Chicago Tribune or Chicago Sun Times and archival collections from the Chicago History Museum provide a broader context for Fernandez’s work, while more local press sources such as the Young Lords Organization or Lincoln Park Press and oral histories from community members provide a more in-depth account of Mexicans and Puerto Ricans in post-war Chicago. Additionally, the substantial amount of demographic information compiled by Fernandez will prove useful for any scholar of post-war Chicago. Methodologically, a comparative approach is utilized by Fernandez to substantiate the arguments that Brown in the Windy City attempts to make.

In assessing the overall quality of Brown in the Windy City, the various strengths of this work clearly outnumber the few limitations it has. While it is easy to overlook the first chapter of this work as merely a contextual one, it offers an intellectually useful model to comparatively and relationally analyze the labor migration patterns and federal policies that brought significant amounts of Latinas/os to the Midwest. This work’s greatest strengths are its assessments of the racialization and fluid racial position of Latinas/os in Chicago and its analysis of the urban renewal projects that seemingly followed Mexicans and Puerto Ricans into the communities they moved to. In short, Fernandez’s Brown in the Windy City is a necessary read for scholars of Latina/o history and urban history.