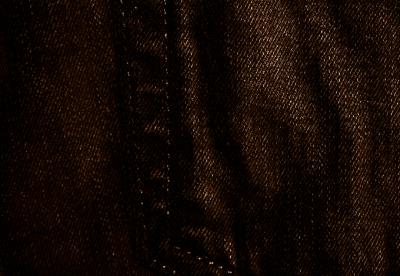 A preview of El Incas

“El Incas,” a bar in Chicago whose walls are adorned with colorful Mayan murals, is described by its proprietor Cata as “the capital of the Aztec Empire.” This makes El Incas the perfect place to consider the confused identities and open questions that unravel in Raúl Dorantes’ play of the same name: What does it mean to be Latino, to be an immigrant? What does it mean to be gay, to be straight, to be a husband or a wife, to be a man, a woman?

Cata (Alex Gualino) is a former drag-show queen with a beloved little dog named Fifi and encroaching health issues. She is at varying times the antagonist and the voice of reason, prodding her customers — the star-crossed lovers Martin (Nelson Rodriguez) and Fernando (Armando Reyes) — and helping them clarify what is important to them, what questions they really need to answer.

Unfortunately for Martin and Fernando, one thing that is important for both of them is their wives.

In Chicago’s flourishing Spanish-language theater scene, playwright Dorantes and his Colectivo el Pozo have consistently produced works of originality and power. El Incas, Dorantes’ newest work, is a daring piece that explores a not-uncommon theme — living as a closeted gay man — but places it into the unique context of the Latin American immigrant community in Chicago.

An aspect of the play that non-Latinos may find interesting is its exploration of cultural differences between the characters: all are “Latino,” but their backgrounds make them as different as, say, Italians and Germans. Martin and Fernando come from a small town in Central America, while their wives, open-minded Marta (Guadalis del Carmen) and willful Cristina (Cruz Gonzalez Cadel) are Puerto Rican and Argentinian, respectively. As they interact, they repeatedly stumble over language differences and cultural misperceptions. Cata, meanwhile, is more fluid in her nationality than her sexuality: “As time goes by I’ve had to reinvent myself… Now I’m from Honduras, Puerto Rico, Guatemala, México…”

Sexuality and homosexuality are of course at the heart of the play, though what Dorantes and director Juan Castaneda explore is a very different perception of these concepts than how they are usually viewed here in North America. Just as racial distinctions tend to be viewed far more simplistically in this country than in Latin America (where “negro” and “blanco” often co-exist with numerous specific, named gradations in-between), so is the Latin American view of sexuality more complex than just “straight” or “gay.” Martin talks about his sexual inclinations in terms of percentages that would make Kinsey proud. Both men struggle with the idea of living with a wife and children while also having a gay identity and lifestyle, or partially gay. They are pulled between wanting to live a “typical” life — married with children — while knowing that this is to some degree a fiction, or at the very least is not all they are.

All of the characters suffer in their own ways, sometimes of their own devices. Martin, Cata, and Fernando have endured the sharp pain of disapproval and rejection by their peers and families — a pain so acute in the case of Fernando that it has driven him to attempt suicide. Cata fears her impending death and worries about who will take care of Fifi. Marta loves Martin deeply and tries to understand and accept him, but desperately longs to have a child. Cristina, tortured by the fear that Fernando has found another, also mourns the loss of a beloved brother disowned by his family for being gay.

Ultimately the narrative comes to a single focal point, the questions that Cristina must face: What is love? Can love exist and survive in these circumstances. She battles with these questions throughout the play, and at the end her answer comes in an unexpected and breathtaking flash.