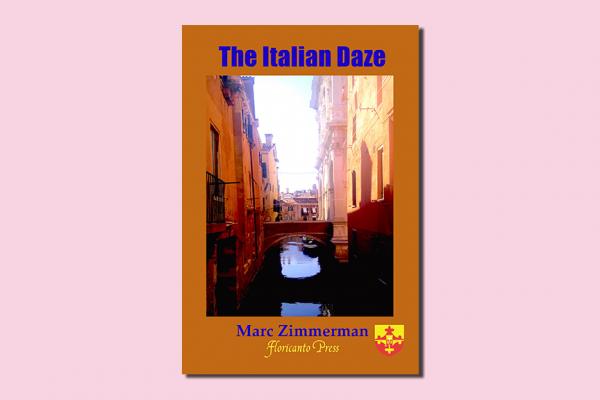 The Italians: Harder to Catch than a Panther

In his treatise on the “illustrious vernacular,” Dante compares the Italian language to a she-panther, which leaves a perfumed trail yet it is impossible to catch. Like the she-panther, the Italian language that the Poet dreamt and was looking for would spread her scent everywhere, but nobody can find her, nobody knows where she is. This book that the American writer Marc Zimmerman has dedicated to Italy, La penisola non trovata, spells out in its title what could be understood as a bold interpretation of Dante’s mysterious assessment – this time about the Italians as well as Italianness, both pursued in every direction, both never found. Since Mel, the protagonist, was a boy, he was attracted by all things Italian. To him, as a Jew, the Italians were “devils that in the war among poor… were our enemies… Yet in some strange ways, they were also part of us, of what we were.” Perhaps, like all teen-agers, or all the wandering Jews, Mel needed a mirror where to reflect his own identity and feel safer that way. When he entrusted the Italians with that task, however, he probably made a mistake. In fact, he soon realized that the Italians can do anything except turn into reassuring mirrors.

We have therefore a series of stories told in an ironic mode, guided from the unspoken awareness that that Italians can only lay out their “strangeness”, their panther-like elusiveness. They are like “the sound of what can never be.” A large roster of illustrious Italian-Americans inaugurates the list of more-or-less novelistic characters that will walk with Mel during his unlikely quête made of adventures, journeys and travels back to the peninsula. Every story shows traces of regrets and frustrations, which are always overcome thanks to the mirror of Italianness — a sublimation of the “illness of being alive” and, in the end, of Mel’s own diversity and “strangeness.” Until we reach the problematic chapter that deals with Venice and the deportation of the local Jews. To find his thread among guilt feelings and resentments, the narrator cannot but recruit the volume’s editor and the translator, namely, Alessandro (Carrera) and Marco (Codebò). Turned into characters, they explain a lot about Italy to Mel, especially that this is a country where people enjoy by proxy (ditto, Berlusconi’s years). And what does it mean, to enjoy by proxy, if not to abdicate to one’s identity?

After all, Zimmerman himself lays out his vision of reality by proxy (Mel). In the end, by placing on the Italians the task of standing for all that is good and beautiful, Zimmerman’s hero becomes good and beautiful to his own, excessively self-critical eyes. And saves himself. A haunting, yet comic procession of Italians has escorted him, benevolently, on the banks of the Tiber, where the souls bound for Purgatory are being embarked. And now Mel, very much like a soul of Purgatory, swims full of hope in search of himself, or better waiting for the angel who will come to pick him up and keep him safe.

From what? But from the Italians, of course!

Translated from Italin by Alessandro Carrera.

Enrico De Vivo. Biographer and translator into Italian of another, more famous Zimmerman (Bob Dylan), Alessandro Carrera has written on almost everything possible, even as he teaches film theory as director of the World Cultures and Literatures program at the University of Houston.