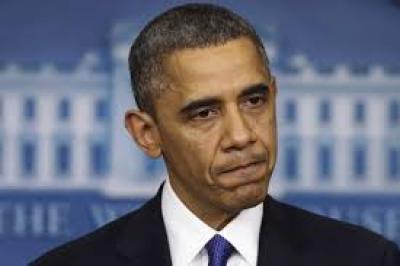 The timeline of Latino history registered three major events this week. First, the official announcement that Latinos had just become the largest ethnic/racial group in California, a signal of this country’s demographic transformation. Second, President Obama corrected a wrong in honoring twenty-four Latino, Jewish Americans, and African American veterans who had previously been denied Medals of Honor, the country’s highest military award. Seventeen of the medals were granted to Latinos, a clear example of the degree of discrimination that Latino veterans have historically faced in the armed forces.

Third and, in our view, overshadowing the two events, is that under the Obama presidency the number of undocumented immigrants evicted from this country reached the symbolic mark of two million today, March 21. Having earned the title of deporter-in-chief, Obama has evicted more people than any previous president, an average of 400,000 people per year since he entered office at the beginning of 2009. We don’t know the name of the two millionth deportee. Let us give him the fictional name of Martín Coronel, a native of Ciudad Hidalgo, Michoacán.

During his first presidential campaign Obama galvanized Latino voters with the promise of a comprehensive immigration reform package. The Latino vote was instrumental in giving the Democratic Party control of the presidency, Senate and House of Representatives. This was the first time a party had full control of the executive and legislative branch of government since 1977. It was also the ideal moment for Obama to keep the promise he made to Latinos and immigrants. Needless to say, he failed to keep his promise and instead fine-tuned the deportation machine that George Bush built in the aftermaths of 9/11, especially with the Secure Communities Program that turned policemen into immigration officials. Many of evictions have come from this program and most of the evictees have been low-level offenders arrested for such “crimes” as driving without a license.

At a cost of $18 billion a year, more than all areas of federal law-enforcement combined, the Department of Homeland Security’s deportation machine counts on 21,000 Immigration Control and Enforcement (ICE) and Customs and Border Protection (CBP) agents whose primary job is keeping out unauthorized immigrants from entering the US and rooting out the millions who are already here. So far the deportation machine has been successful in reducing the inflow of unauthorized immigrants and increasing their outflow. Another 5,000 officers more will be added in the coming years.

Hidden in the numerous statistics of evictions that the Department of Homeland Security provides is that the evictees are human beings whose “crime” was their unauthorized entry into this country in search of work. Their multiple stories have hardly been told. If we stop the clock on this historic day, Martin Coronel, our fictional character, fits the profile of the majority of deportees. Over ten years ago, at the age of eighteen, he entered the US via the Sonoran desert. Driven out of Mexico by the absence of work and opportunities, he settled in the Atlanta area where he had relatives. After a series of jobs, he found permanent employment as a landscaper, a poor-paying job that few US citizens were willing to do. Within a few years he fell in love, married a Guatemalan, and fathered two US-born children. After more than ten years here, a Cobb County sheriff arrested Martin for driving without a license. Martin was handed over to ICE agents under the Secure Communities Program. After spending a month at the Atlanta City Detention Center, an overworked immigration judge granted him the typical seven-minute hearing. He signed the voluntary departure papers.

Early today, March 21, Martin was deported to Nuevo Laredo, Mexico. Disoriented on his whereabouts, he is at this moment stranded without money, documents, and a change of clothes. In the next few days he will encounter hundreds of others who are in a similar situation. Martin is lost and confused; dozens of large and small thoughts are crossing his mind. Besides searching for food and shelter, he needs to make difficult choices. Should he return to Atlanta, the city he regards as home because home is where family and friends are. This choice involves crossing into the US again, a risky endeavor that involves the high possibility of getting caught by CBP. If that happens, Martin could face a term in prison. The other alternative is staying put in Mexico, a country that he has not seen in over a decade and is currently in a worse condition than when he left. This choice involves falling into greater poverty and not being able to be with wife and children. Martin’s dilemma is a dilemma that countless of deportees have faced in the past and others will confront in the future.

What does the eviction of undocumented immigrants mean? One can give numerous answers, starting with the separation of families. There are 4.5 million children in this country that have at least one parent who does not have legal status (this does not include the one million children who are here without legal documents). A major study demonstrated that the eviction of a parent has a traumatic effect on children who are at “risk of lower education performance, economic stagnation, blocked mobility and ambiguous belonging.” Evictions also generate greater poverty here and in the native country of the evictee. The family of the evictee loses a breadwinner while the relatives in Mexico or Central America lose the remittances that are needed to survive. The list of answers to the question is quite large.

If there is a lesson that Latinos and progressive should have learned by now, it is that Obama and the leadership of the Democratic Party are cut from the same cloth as the Republican when it comes to the interests of undocumented immigrants. Let us not forget that Bill Clinton was the architect of the U.S.-Mexico border wall and the militarization of the borderline. We should re-think the political stand of supporting the lesser of two evils, a quandary that progressives and Latinos ponder every four years.

According to The Economist Obama’s deportations were “bordering on cruelty.” El BeiSMan would remove “bordering” from that statement and declare that evictions are simply “cruel” and inhumane. Let us not wait to support a “friend of the immigrant” presidential candidate in 2016. If we do that the number of eviction, at the current pace, will surpass three million. The demand of Latinos, immigrants, and progressives should be “alto a las deportaciones” and “unconditional amnesty for all undocumented immigrants.”