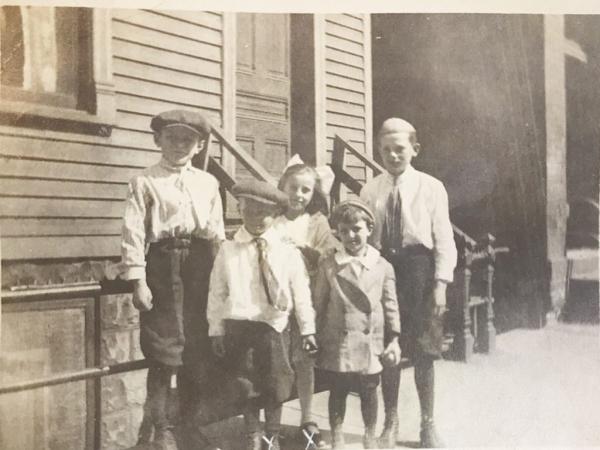 A Historical Look at Czech Chicagoland

The first Czechs arrived and settled in Chicago in the mid-19th century.  During this time, people living in the Czech lands of Bohemia and Moravia were under the rule of the Habsburg Empire.  This made the people subjects of a monarchy whose official religion was Roman Catholic and whose official language was German.  Most Czech émigrés fled their native country in search of religious and political freedom and to achieve economic prosperity.  Chicago was the destination for many of these newly arrived immigrants.

During the 1860s, Chicago was on the fast track to becoming the premier metropolis of the Midwest.  Strategically located on the Great Lakes, Chicago served as a hub for railroads and in time became a giant in industry and commerce.  There was an abundance of employment opportunities for newly arrived immigrants in the stockyards, lumber yards, and the hundreds of factories located within the Chicago area.

The immigrant neighborhoods of Chicago were very insular; their inhabitants preferred to live, socialize and do business with people from their same ethnic group.  Chicago’s Czechs settled together in areas where housing was affordable and their native language and customs could be understood by others around them.  Religion also played a part in the decision of where some Czech immigrants would settle within the city.  Czechs of the Catholic faith organized St. Wenceslaus church in 1863, and had the building constructed by 1866 on Des Plaines and De Koven Streets on the city’s near west side.  This area, just outside of the downtown district in the vicinity of 12th and Canal Streets, was known as Praha.  While the neighborhood name is no longer used in Chicago, the area itself would forever be remembered as the originating point of the Great Chicago Fire of October 1871.  It was that historic conflagration which would displace many of Praha’s residents to the lower west side in the vicinity of 18th Street and Blue Island Avenue, an area that would become known as Pilsen.

By the dawn of the twentieth century, the Czechs had done much to establish themselves in the city of Chicago.  The flow of new immigrants continued, and early Czech settlers were assimilating and becoming more and more ingrained into the fiber of America.  Czech immigrants tended to be more literate than many other ethnic groups and they highly valued formal education.

With Chicago’s landscape continually expanding, and the Bohemian people becoming upwardly mobile, it was natural for their community to grow.  At the turn of the twentieth century, Bohemians began their westward migration to what could become known as Česká Kalifornie (Czech California) in the vicinity of 26th Street and California Avenue.  Chicagos long established Pilsen district to the east of the neighborhood was becoming too crowded for many of its Bohemian residents.  There were also many first-generation Bohemian-American children of immigrants who were achieving economic success and wanted to own their own homes, which served as the ultimate symbol of owning a piece of the New World.  Česká Kalifornie, or Lawndale-Crawford as the neighborhood was also known, was still largely undeveloped and had an abundance of land to build new housing.  The other geat advantage of Czech California was its close proximity to many manufacturing plants that provided steady, well-paying employment to willing, hard-working Bohemians.

The greatest single wave of Czech immigration to the United States – more than 95,000 Czechs – happened during 1900-1910.   At this time Chicago was the third-largest city in the world (after Vienna and Prague).  While Czechs eagerly embraced their adopted country, they did not forget their homeland, and when World War One broke out, many Czech immigrants and first-generation Czech-American young men volunteered to fight for the independence of their homeland, either with the Czech legionnaires (draftees who deserted from the army of the Austro-Hungarian rulers of the Czech lands) or the American Army.

Being a very civic-minded people, the Bohemians readily entered the political arena at the city and state levels.  Bohemians gained prominent positions within local government and  civic organizations.  In the early decades of the twentieth century, the Czech districts of Chicago, which included Pilsen, Lawndale-Crawford, Merigold (Nový Tábor), and Town of Lake, were represented by Bohemian aldermen and other city officials.   The pinnacle of the Czechs’ climb to the top of Chicagos political world was the 1931 election of Czech California resident Antonín Josef Čermák as Mayor of Chicago.

Numbering only 10,000 in 1870, the population of Czech immigrants and second-generation descendants in Chicago had grown to around 200,000 by 1920.  Czech owners and managers could be found in virtually every trade and business, including building firms, restaurants, grocery stores, photography studios, real estate companies, music studios, law firms, lumber yards, travel companies, and import-export firms.  By 1924, 15 state and federal banks in Chicago were controlled by Czechs; they also controlled more than half of the assets of Chicago’s building and loan associations.  In the 1920s and 1930s, the Czech Chicagoland community had reached its pinnacle.  During this time, immigration had slowed and Czechs were moving farther west to the newer sub-divisions in the suburban areas of the Town of Cicero and City of Berwyn.

The Czechs helped build Cicero and Berwyn into world-class modern cities.  The main commercial district of Cermak Road became a shopping destination for Czechs all over the Chicago area and was home to some of the most significant buildings in the Czech community, such as the Sokol Slávský building on Cermak Road and Lombard Avenue in Cicero.  Berwyn and Cicero were also home to highly rated schools that educated generations of Czechs.  Many of these students went on to attend institutions of higher learning and joined the professional ranks of working people in the Chicago area.  These suburbs were the pride of Czech-American people, being home to tens of thousands of multi-generational Czech families, and it was the aspiration of many to move there.  It was often said, “If you were a Czech living in Berwyn, you had made it.”  Like they did in their old neighborhoods, Czechs sought out and won elected offices in Cicero and Berwyn, including that of mayor.

While there are still a number of Czechs living in Cicero and Berwyn, most have moved further west and beyond, having assimilated into the great melting pot of people and cultures of America.  The descendants of Chicago’s Czech immigrants are very proud of their heritage and accomplishments, and many still belong to organizations where their Czech culture, traditions, and history are celebrated and kept alive for future generations.